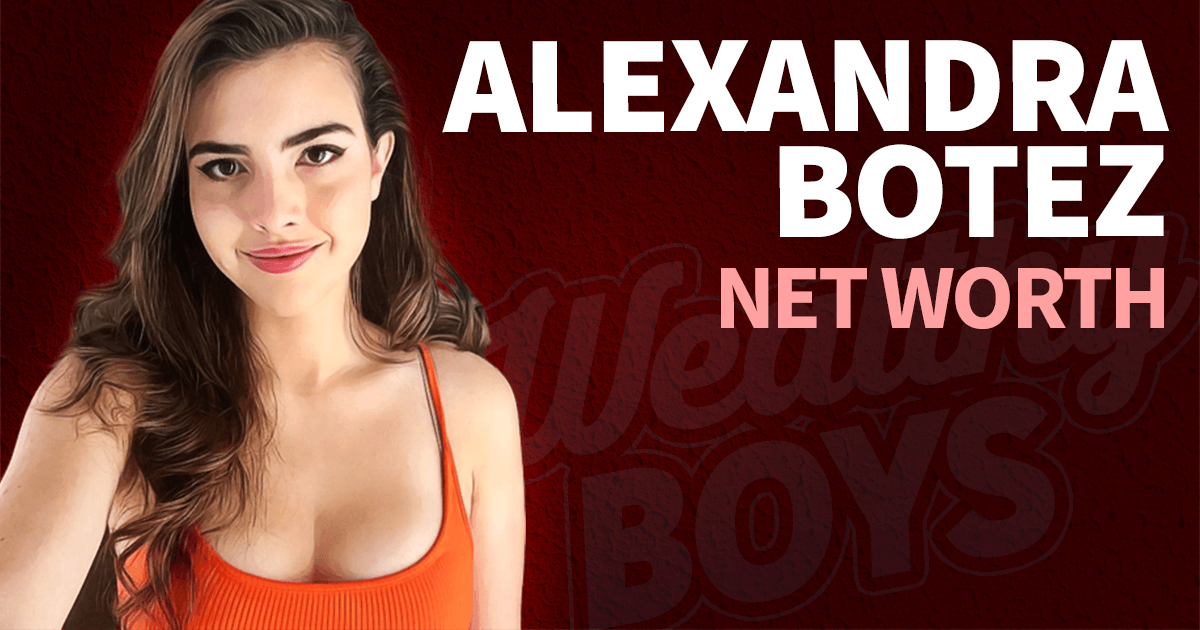 Alexandra Valeria Botez was born in Dallas, Texas in September 1995 to her father Andrei and mother whose name is unknown. In fact, her parents escaped the Socialist Republic of Romania just before she was born.

Botez was born in Texas and raised in Vancouver, British Columbia, Canada.

Alexandra’s father began teaching her to play chess when she was six years old. According to Yahoo, she won her first Canadian children’s national title two years later.

She won the US Girls Nationals twice after returning to the country at the age of 15. After graduating from high school in Oregon, she received a full-ride chess scholarship to the University of Texas in Dallas.

Ultimately, though, she would chose to study International Relations at Stanford University.

Where was Alexandra Botez born? Botez was born in Dallas, Texas, North America.

When was Alexandra Botez born? The famous chess player was born on the 24th of September, 1995.

Despite being born in Texas, Botez was raised in Vancouver, British Columbia.

Alexandra started to play chess at the early age of 6 years at the Romanian community center chess club golden knights.

From an early age, she had a chess master like the famous ‘Valer Eugen Demain’ as her coach.

She attended a high school in Oregon, and for her talent, she was awarded a full chess scholarship at the prestigious University of Texas Dallas.

However, she rather decided to study International Relations at Stanford, with a keen on china.

During her academic period, she became the second female president of ‘Stanford university Chess club’.

Alexanra Botez Net Worth and Career

Botez began broadcasting chess video on Twitch in 2016, and two years later, she created her YouTube account. She and her sister Andrea now have 1.1 million and 795,000 followers, respectively.

They co-host a program called BotezLive and work with other chess streamers on the platforms, including GM Hikaru Nakamura and WGM Qiyu Zhou.

Botez has signed sponsorship deals with brands such as Chess.com, Predator, G Fuel, and Envy Gaming throughout the years. Indeed, by collaborating with Alexandra and her sister, the company intends to broaden its ambassador network with a broader range of gaming content producers.

Botez got a Streamer Award in the category of “Best Chess Streamer” in 2022.

In May 2022, she won $456,900 in a poker live broadcast hosted by the Hustler Live Casino, despite persistent berating from famous poker pro Phil Hellmuth.

Finally, in 2017, she co-founded CrowdAmp, a social media firm that has since discontinued operations as of May 2019.

Alexandra Botez’s academic achievements include completing her bachelor’s PhD in international relations from Stanford University in 2017. Moreover, her secondary or high school level appears to be hidden behind closed doors. Despite the fact that she has not provided any information about her schooling, we may assume that she was an undoubtedly intellectual personality from her school days.

Alexandra’s reputation grew, and she began to keep her personal life even more private. She has a family consisting of her father, mother, and siblings. We will notify you as soon as we learn who her parents are. Aside from that, she has always been honest about her sister’s identity. Andrea Botez, Alexandra’s younger sister, appears frequently on her YouTube channel. Similarly, they have their own Twitch channel together.

Alexandra Botez, a stunning chess master, is presently dating GM Eric Hanson. Alexandra’s admirers began to speculate that these heavenly couples were dating when she posted a video of them playing chess together in her home.

Botez has worked hard to help chess become less dominated by men. In reality, she has stated in many interviews that she has met various instances of sexism during her chess career.

Alexandra Botez’s net worth of $1 million has grown over the course of a few years. She rose to prominence and attention by demonstrating her chess abilities in funny ways on Twitch and YouTube. Despite the fact that she is just 26 years old, her worth is expected to rise in the next years.

Alexandra Botez Net Worth from Social Media and Streaming

Alexandra Botez joined her sister Andrea’s Twitch channel in 2016. BotezLive is her twitch channel. Her and her sister’s internet streamer frequently play chess and provide tips and techniques.

The channel now has over 680k subscribers and is rapidly expanding. The sisters have also signed with Envy Gaming an Esports organization in late 2020.

Alexandra Botez, also known as @missbotez on Instagram, is one of the most popular and following athletes online.

Her extraordinary elegance, attractiveness, and chess skills have won her followers worldwide. Alexandra now has over 350,000 followers.

How old is Alexandra Botez?

Botez celebrates her birthday every year on September 24th. Being born in 1995, the internet star is slated to turn 27 years old in the fall of 2022.

How tall is Alexandra Botez?

Sources indicate that Botez stands approximately five feet five inches tall. In other words, she is roughly 165 centimeters in height.

What is Alexandra Botez’s Nationality?

Alexandra belongs to the Canadian-American Nationality.  Moreover, she has white Canadian Ethnicity.

Is Alexandra Botez in a relationship?

The dating status of Alexandra is not disclosed in the online domain.

Who are Alexandra Botez’s Siblings?

The chess player grew up with a sister named ‘Andrea Botez’.